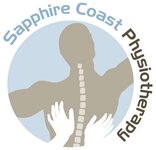 Lifesaving EnergySaving our clubs & the environment

The LifeSaving Energy Project was launched at Tathra on the 20th January 2007 as part of the Wharf to Waves Ocean Festival. The inaugural Human Sign event was supported by the Tathra Surf Life Saving Club. CEFE’s aim was to thank them for their support and then get renewable energy on all Far South Coast clubhouses in 2007.

This provides a working example of how back to the grid systems work, and reduces SLSC electricity bills with a cost benefit savings of up to $1000 per year that the club can use instead for equipment and their core business of saving lives. A solar hot water system has been installed

In 2007 the Year of the Surf Life Saver, Clean Energy for Eternity (CEFE) excecuted a highly visible national campaign to install clean energy generation on each of the 305 Surf Life Saving Clubs. SLSCs are an iconic part of Australian culture and the project has increased climate change awareness to millions of beach goers around Australia each year. The aim of the LifeSaving Energy campaign is to:

A vision for the future

An education campaign is run in parallel with each project to highlight the issues of climate change, the environmental benefits and cost savings of the clean energy installation. Interested visitors drive down from Sydney and beyond to see the large signs outside the Tathra club explaining the renewable installation.